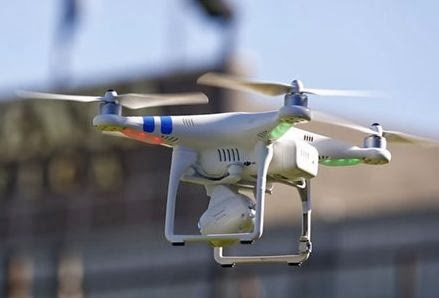 What's that buzzing I hear as I line up to vote for president?   Last week El Salvador's La Prensa Grafica newspaper and media outlet used a remote drone-mounted camera to provide scenes from El Salvador's elections.  As reported on one website:


During El Salvador's recent presidential elections, Salvadoran newspaper La Prensa Gráfica found a unique angle from the skies. LPG used a quadcopter to capture scenes on voting day as voters flocked to the polls in the Central American country. It's fascinating to see drones find more acceptance in journalism, but the story also serves to highlight the fact that US journalists currently are barred from doing the same thing.

Here is some of the video taken by the LPG drone on election day.