On the 33rd anniversary of Romero's murder 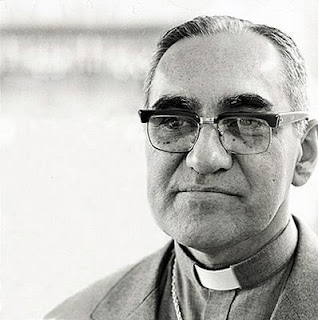 To commemorate the 33rd anniversary of the martyrdom of Oscar Romero, here is an excerpt from his sermon preached on Palm Sunday in 1978.


Holy Week is a call to follow Christ’s austerities,
the only legitimate violence,
the violence that he does to himself
and that he invites us to do to ourselves:

This is what must be killed,
this is the violence that must be done,
so that out of it a new person may arise,
the only one who can build
a new civilization:
a civilization of love.