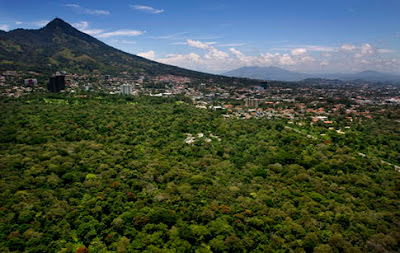 Our friends at Voices from El Salvador blog have a new post about threats to El Espino, the forested natural area on San Salvador's western border along the slopes of the volcano.   Parcels of the preserve are getting sold off, leading to fears that more of the land will give way to development.

The area is often referred to as the "lung" of San Salvador.  These forested acres are important as a carbon sink, as a filter for waters flowing down the slopes, and as a natural break from the sprawling urbanization of the capital city.

As Voices notes, the recent sales cause concern:


Most of El Espino, including the sections that were recently auctioned off, is technically still a protected area, so it’s unlikely that Argueta Manzano and Arguello González will be breaking out chainsaws in the immediate future. But they and others have invested millions of dollars in buying land, surely with the expectation that they will be able to develop it sometime in the future. There is plenty of precedent to give them hope. Within the past 10 years the government has approved destruction of part of El Espino for a San Salvador by-pass system. In 2004 developers cleared a section of the forest to build the Multiplaza shopping center. There are also high-end housing developments, a golf course, government complexes and much more on what used to be part of San Salvador’s last lung.

While El Salvador has a small but vocal environmental movement, it is not clear that it will be able to stop these powerful real estate interests.   That would be a sad loss for a capital city with so little real green space. 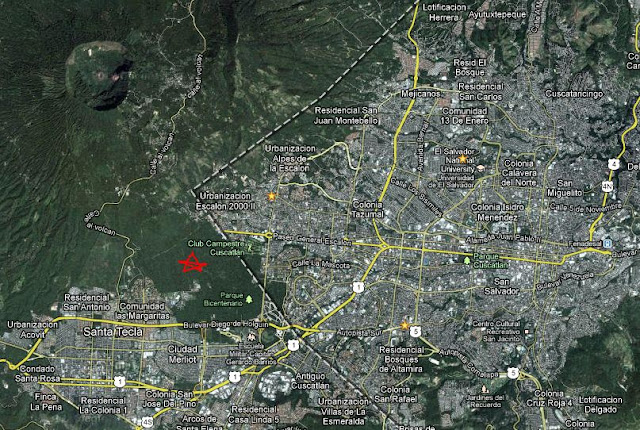