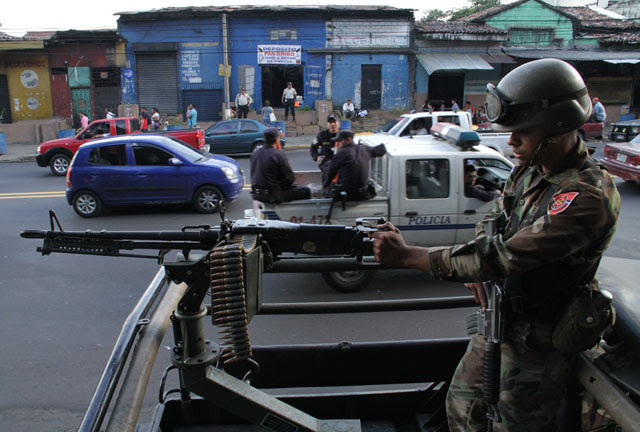 Many buses stayed off the streets for the second straight day in El Salvador. A proclamation supposedly made jointly by Mara Salvatrucha and by 18, the country's two dominant and competing gangs, apologized to the public for the inconvenience, but said the threats to the transportation sector were necessary to protest the new Anti-gang law passed by the National Assembly.

Two thousand additional soldiers and additional police units were patrolling bus terminals and routes to protect the buses which were running. Authorities said about 60% of the routes were running today rather than only 10% yesterday.
Crime and violence Gangs