Festival of the lanterns brings light to the darkness 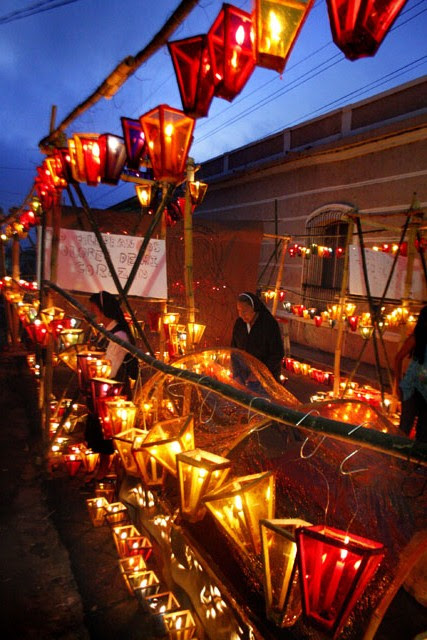 In contrast to the news of gang threats and the reduction of bus service, the Festival of the Lanterns shone in the night streets of Ahuachapan. In a photogallery titled Ahuachapan Didn't Turn Out the Light, El Faro displays images from this year's festival.

September 7 was the eve of the feast day of the Virgin Mary's birth, and in Ahuachapan in western El Salvador, it was the Festival of the Lanterns (farolitos). The streets and public places of the city are filled with lanterns and memorials to the Virgin. Over the years the festival has grown beyond its religious roots and now includes showcases of artisan works and many food offerings.
Good News

Anonymous said…
Thank you for sharing the link. What a wonderful festival.
8:11 AM