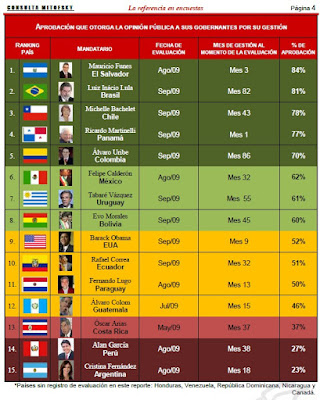 The opinion polls were taken during August and September 2009. Not included were Venezuela, Dominican Republic, Canada and Nicaragua. Nor was Honduras, in the midst of a military coup and power struggle, included.
Funes Opinion Polls

Griselda said…
Great info... I still wonder why those countries were left out? it doesn't say any reason. ^_^
4:55 PM