The Challenges for Funes 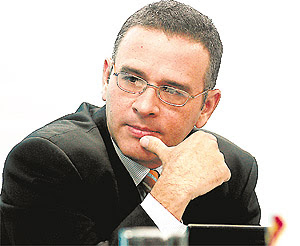 In the backroom bargaining that characterises Salvadoran politics, the support of the smaller parties is often won in exchange for high-profile positions on key congressional committees, or concessions on issues of particular interest to party leaders. In this manner, Mr Funes should be able to win sufficient support to pass some of his laws. Arena’s attitude, however, is likely to be one of non-co-operation with the new authorities. Without the support of Arena, the government will lack a two-thirds majority needed for certain reforms, and also to secure approval for budget financing from foreign sources, which raises the risk of fiscal and financing problems.

For Mr Funes, the relationship between his moderate government on the one hand, and the FMLN and its radical leadership, including the vice-president elect, Salvador Sánchez Ceren, on the other, will be key to defining his presidency. Although Mr Funes, a former television journalist, was nominated unanimously for the candidacy by the FMLN, he has not been given a blank cheque to rule. He already broken some traditional party taboos during campaigning (in particular, supporting the Dominican Republic-Central America Free-Trade Agreement and dollarisation of the economy), but in office the FMLN will expect to have a say in defining many policy aspects.

The article goes on to explain that Funes will also continue to face a hostile conservative media as well as a private sector still linked to ARENA. Lessening confidence and uncertainty will make it more difficult to address the economic downturn.
FMLN Funes

Anonymous said…
I agreed with the majority of the article... It has't come June the first and "legislative Assembly" has stirred up troubles, calling for CIRO CRUZ ZEPEDA to the presidency. Which I personally find it STUPID, CYNICAL AND OUT OF THE QUESTION to see this person listed.
7:58 PM

Grotius said…
Why, Anonymous? Because you disagree with him? Even though the right has a majority in the assembly? Why not be a democrat about it?? I'm sure many find the FMLN "STUPID and CYNICAL".... Democracy means putting up with people you disagree with.
1:44 AM

Anonymous said…
Grotius,
Democracy DOES NOT MEAN of continuing with more what we've been seeing in the past years, I am sorry to disappoint you, but to those who finds FMLN "STUPID" AND CYNICAL, THEY HAVE THE ABSOLUTELY RIGHT TO FIND IT. AND I AM NOT AGAINST TO, even thoung that is NOT my point here.
WHAT I AM SAYING is, this PERSON has been OVER AND OVER into the position, makes me wonder, ISN'T THERE ANYONE ELSE TO FULFILL THE POSITION'S REQUIREMENTS IN EL SALVADOR?
is it only CIRO CRUZ ZEPEDA?? COME ONE! I THOUGHT EL SALVADOR HAVE PLENTY OF WELL-EDUCATED PPL DOWNTHERE...
12:12 PM

Anonymous said…
Ciro Cruz Zepeda is one of the country´s most corrupt polititians. He was head of El Salvador's IRS (Corte de Cuentas), until he was removed from his position, by Congress, over government charges in 1989, accusations that ARENA themselves brought forth.

In USA, you prosecute individuals that have been lawbreakers, even government officials do not escape this process. And if they are found guilty, they do get removed from their positions. This is how "democracy" should work, what El Salvador has is gangsterism.
5:30 PM

Anonymous said…
THANK YOU !!! -Last Anonymous-
that is exactly WHAT I think about EL SALVADOR'S politics.
How can he be hired for the same position he held prior 3 to 4 years.
DOES THESE POLITICIAN GANGSTERS realize EL SALVADOR have a vast alternatives of profesionals?
Zepeda just retired!
OUTRAGEOUS!!!
8:55 PM

Anonymous said…
That's what makes a democracy a democracy ... the existence of "trash talking" opposition.

Now El Sal must learn that no one is above judicial review and fix a broken justice system.
12:42 AM

Anonymous said…
The truth of the matter is that you both are all fools. The fact that you argue back and forth, makes little relevance to finding the solutions to the country's ordeals. The FMLN should stop trying to make our beloved country into something that a half of the population doesn't want. God forbid EL ever feel to such destructive force such of that idiot in Venezuela. El Salvador is a free capitalist country and that is what it should stay. We don't want a communist country of the likes of that of the previous U.S.S.R.
12:57 PM

Anonymous said…
Chavez is the personification of what a "tin horn dictator" is all about. Every country in Latin America has do deal with "Chafarrotes" like Chavez.
"Shock and Awe" is really the Shock that the fool is still around, and Awe is that the people themselves have had the patience to allow the BS to continue. Fidel Casto, Chavez, Daniel Ortega, Colom, Evo Morales and maybe one other one who has crawled out from under his rock are the only dictators still pestering poeple in Latin America, and the funny thing is that they are all supposed to be Marxist-Leninists. Now that's amuzing because I see them all as quacks trying to impose their will on everyone else.
12:01 AM

Anonymous said…
What the looney left really wants is to become what they have been so consumed with envy about all these years. They want to be RICH! That's what all this is all about. Plain and simple.
4:55 PM

Anonymous said…
Undoubtedly Mauricio Funes will have to confront many and diverse challenges, but his most pressing, immediate and ominous challenge he will have to confront will be with the people that he has surrounded himself with. These folks are not choir boys, they are hard-core extremists, gun-runners and who knows what else. Fact is that "anything else" ain't good.
5:02 PM