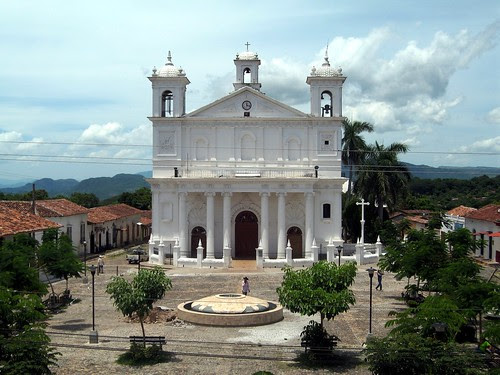 There is a nice article in the magazine Conde Nast Traveler about tourism in countries recovering from wars with a focus on El Salvador. The article sees many signs for optimism about El Salvador's tourist industry:

Small hotels and mountain lodges are sprouting up around the country, including several large resorts financed by foreigners. The U.S.-based development company VisionMaker, for instance, is planning to build two hotels, a marina, and 1,500 condos on 200 acres at Lake Ilopango, a crater lake outside San Salvador, at a cost of $500 million, and La Casona's co-owner, Rene Luarca Maití, is one of several former guerrillas who are offering tours based on their experiences during the war.

In conversation after conversation, Salvadoran locals tell me how tourism has improved their lives. At the gracious restaurant La Posada de Suchitlan, in Suchitoto, waiter Marvin Escobar says that his job is paying for medical school. Juan Antonio Flamenco, a La Casona bartender who is the first person in his family to go to college, is studying to be a teacher. At the night market in Nahuizalco, a town on Ruta de las Flores, the western tourist roadway, Norma Elizabeth Salguero and her husband, Miguel, have a café where they say tourism has doubled their business on weekends, enabling them to pay off the mortgage on their house and buy a car. (more)

El-Visitador said…
I don't subscribe to C. N. Traveler —too vapid and superficial for my taste—, but I've seen plenty of ads for Costa Rica and Honduras on its pages.

Would this "nice article" be the result of a Condé Nast media buy by our wastemonger par excellence, Rubén Rochi?
1:09 AM