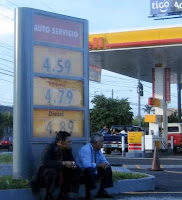 The bus operators of El Salvador are getting squeezed by high fuel prices. The law does not allow them to raise fares to cover those increased fuel costs. The government has dragged its feet on increasing the subsidy to drivers which allows them to cover their costs.

So bus operators on some routes have begun illegally charging more than the set fare. They are demanding as much as 35 cents on routes supposedly capped at 25 cents.

The Center for the Defense of the Consumer has denounced the illegal price increases and critiqued the government for not acting against the bus operators. It has proposed that bus operators who charge the increased fare should lose their concession to operate. The CDC calculates that fares of 35 cents would consume as much as 8-18% of a family's budget if two members needed to ride buses to get to minimum wage jobs.

The rise in bus fares has led to protest. Young men in masks have been taking to the streets alongside the University of El Salvador and burning things. They torched two buses on one day and burned tires on other days. The images of the protests have echoes in the recent past. It was a little less than two years ago, when, in this same location, protests against rising bus fares turned violent and two policemen were killed. That event led to the passage of an aniti-terrorism law in El Salvador and attempts by ARENA to blame the violence on elements in the FMLN. 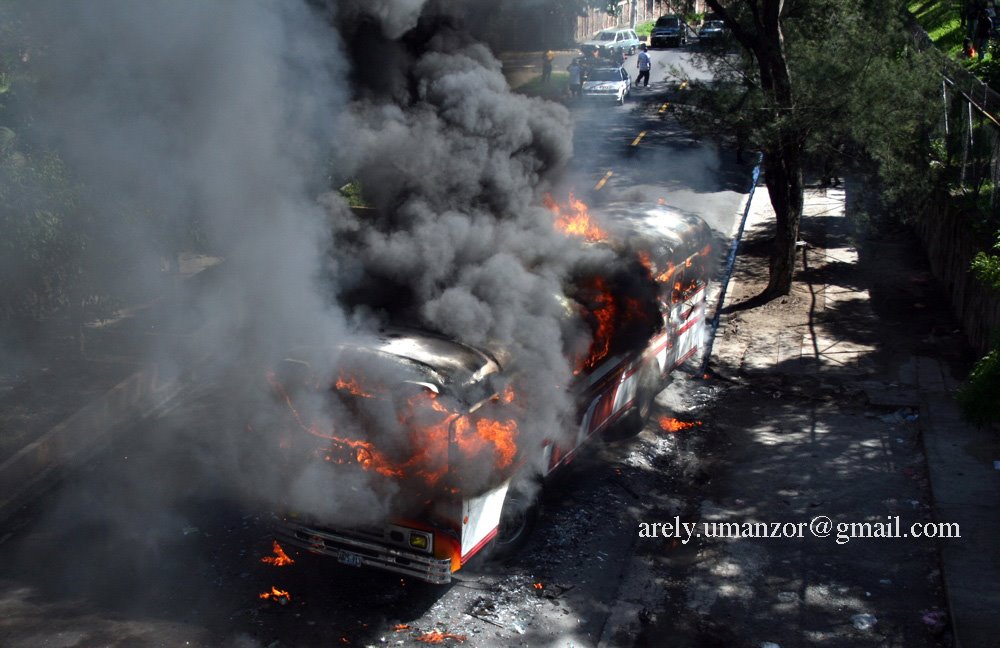 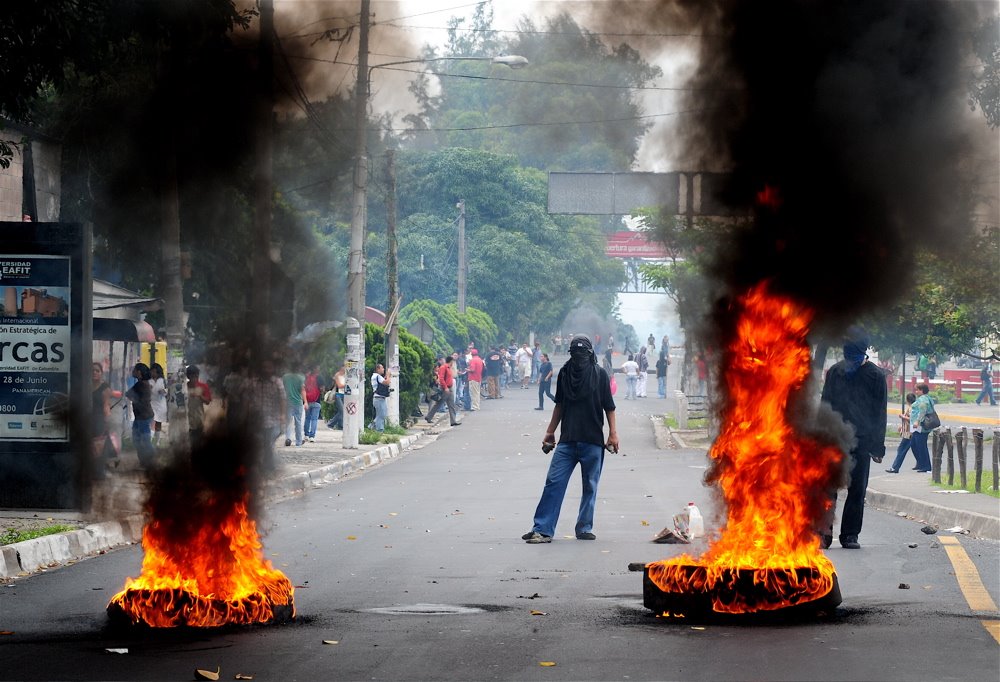 Tim said…
Not too much water. There's always a problem when you try to make reference to a complicated story in a short sentence at the end of a post on a different topic.

It is true that Belloso was a member of the FMLN and a leader in the BPJ. But ARENA leaders tried to suggest that there was institutional responsibility of the FMLN for the shooting. I don't think there has been any evidence that Belloso did anything but act with his own small group, not sanctioned or supported by the FMLN.

You might also remember that I criticized the FMLN at the time for not immediately condemning the shooting and waiting a few days before it made a statement against the violence.
9:06 AM