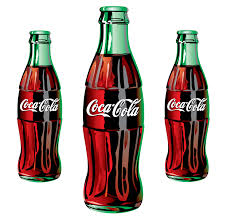 You don't often expect to see beverage company Coca-Cola, bottler SAB Miller, and the poverty and environment activists at Oxfam America collaborating. But the three organizations jointly issued a report this week titled Exploring the links between international business and poverty reduction — The Coca-Cola/SABMiller value chain impacts in Zambia and El Salvador . The report looks at the overall societal impact in El Salvador and Zambia of the operations and sales of Coca-Cola and of SAB/Miller which bottles Coke products. For these two companies, who depend on product sales to consumers, helping lift the economic prospects of local economies makes it possible for more consumers to purchase Coke products. (I'm not commenting on whether anyone needs to drink more Coke).

The report issued by Oxfam and the two multi-national corporations contains the following statement:


For overall growth to contribute toward poverty alleviation, it must be converted into incomes for the poor, where individuals have access to good jobs with acceptable rates of pay. This underscores the importance of driving inclusive economic growth to ensure that its benefits reach all social groups, and particularly the poorest members of society. Growth must be underpinned by improvements in education and health, gender equality and environmental protection in order for it to really make a difference in the lives of the poor.

While the private sector makes a vital contribution to poverty reduction, it must do so in cooperation with other stakeholders. Economic growth requires an enabling environment, in part created by good governance, robust regulation and enforcement practices, and clear accountability mechanisms. Together these elements provide a framework for governments to lead on poverty reduction in partnership with business and civil society. However, the framework for consistent, stable growth is not robust in many developing countries, and poverty is often widespread.

The rest of the report evaluates the impact of company operations in El Salvador and Zambia from the harvesting of sugar cane to the retail sales of Coke in little neighborhood shops:


Sugar for the production of the Coca-Cola Company beverages in El Salvador is purchased by SABMiller’s bottlers bottling plant, Industrias La Constancia, primarily from two sugar mills: Central Izalco and El Angel, as well as diverse inputs from other suppliers. ILC’s bottling plant in the country is located just outside San Salvador in Nejapa. Coca-Cola products are then distributed through ILC’s own distribution depots by its own trucks and independent owner-drivers and by third-party distributors to an estimated more than 64,000 customers, including small retail shops and large supermarkets.

The report estimates that these operations in El Salvador are responsible for 4200 jobs in the formal Salvadoran economy. There are a variety of costs associated with the operations noted in the report, but it would be fair to characterize the report as finding the soft drink operations to be a net positive for El Salvador yet with significant areas where the companies could perform better.