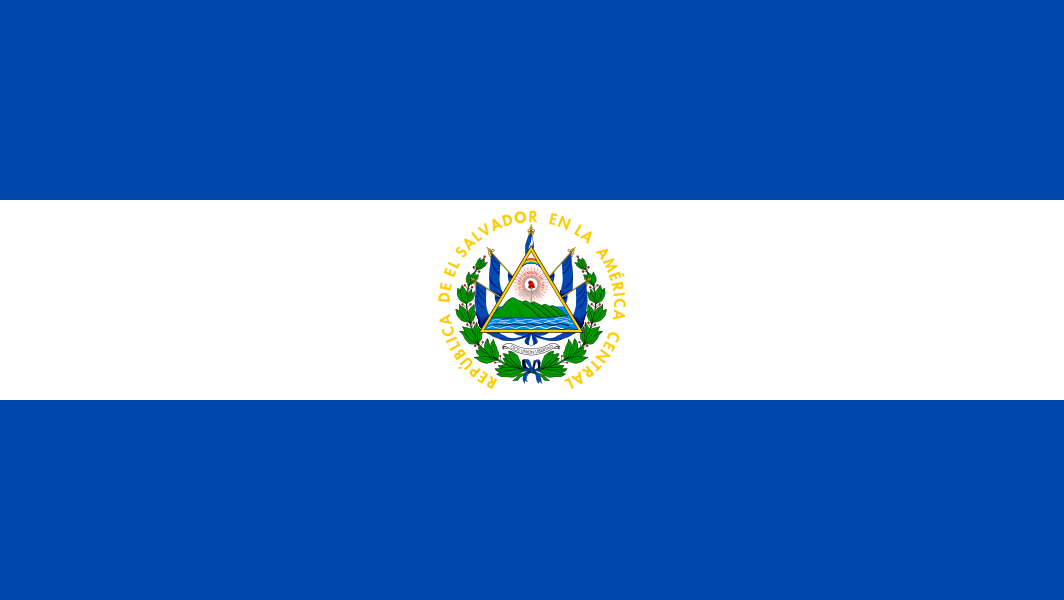 
The blue stripes represent the Pacific Ocean and Caribbean Sea; while the white stripe symbolizes peace. The state coat of arms on El Salvador's flag is based on the coat of arms of the former United Provinces of Central America. The coat of the arms shows a triangle which represents equality and the three branches of El Salvador's government. Inside the triangle are five volcanoes which symbolize the five former members of the federation, flanked by the blue of the ocean and sea. The triangle contains symbols of liberty, ideals of the people and peace, which are represented by a red cap, golden rays and the rainbow. The triangle also shows the date that El Salvador gained independence from Spain. Underneath the triangle lies El Salvador's national motto which translates in English to 'God, Union and Liberty'. The fourteen clusters of leaves represent the 14 departments or states of El Salvador.

El Salvador adopted its present flag in 1912.   As an article in El Faro this week points out, the adoption of this flag was an action prompted by US imperialism in the region.    That year saw US Marines invade neighboring Nicaragua, in an occupation that would last the next twenty years.   El Salvador's flag at that time was modeled after the US flag -- it had blue and white stripes, and a field of red with 14 stars for the 14 departments of El Salvador.   By adopting its current flag, El Salvador was showing that it was standing in solidarity with its Central American neighbors against Yankee imperialism in the region.