Showing posts from September, 2011
Show all

September 28, 2011
An article in the Latin Business Chronicle looks at economic forecasts from the International Monetary Fund for countries in Latin America. El Salvador is forecast to finish last among the region's economies with growth of only 2% in 2011. The reasons for El Salvador's anemic growth are varied. The country is closely tied to the US economy, which is also struggling mightily. Investors avoid the country. The crime problem impedes business activity.   Unfortunately, solutions have been few.
Post a Comment
Keep reading

September 24, 2011
Almost 100 US State Department cables from the US Embassy in San Salvador have now been  published on the website of El Faro.   The collection of cables from WikiLeaks offers a behind-the-scenes look at US diplomacy and assessment of its tiny ally in Central America.   Most of the cables come from the time of the administration of Tony Saca, but there are some more recent cables during the Funes administration.
Post a Comment
Keep reading

September 22, 2011
My friend Danny Burridge doesn't blog very regularly. He's too busy immersing himself in the lives of children in one of San Salvador's poorest neighborhoods, La Chacra. But when Danny does blog, it comes with real passion, and it is always worth reading. His recent post Fire and More Fire talks about lives lived under the harsh tactics of Salvadoran soldiers patrolling a high-crime area: Juan Carlos has been there for a while as a 15 year old. He’s totally tranquilo and humble but carries himself, especially in the shoulders, like he thinks he’s hot stuff. One night a couple months ago around 9:30pm, he went out to buy something from the store that he probably could’ve easily waited until the morning to get, but he went anyway, and sure enough the soldiers suddenly rounded the corner. He got slammed against the wall, searched and hit in the side by what he thought was some type of club or maybe the M-16 butt. His bruise the next day was big enough to have b
3 comments
Keep reading

September 21, 2011
An article titled Losing mangrove forests in El Salvador on the website of Al Jazeera English deals with the issue of climate change and how its is affecting the mangrove forests along El Salvador's southeastern coastline. Rising sea levels endanger the mangroves: The mangrove forest is a unique ecosystem found in tropical and sub-tropical coastal regions in the Americas, Middle East, Asia and Oceania. Often found where fresh water and salt water mix, the mangrove creates specific ecological conditions that support a wide variety of flora and fauna.  The trees have a series of stilt-like supports that extend from the trunk for increased stability and resilience. The mangrove trees have evolved to be able to withstand change in water level caused by normally occurring tidal cycles and mild flooding, helping protect coastal areas from damage from extreme storms and tsunamis. In recent years, however, a rise in sea level has brought the ocean waves intruding further inland tha
1 comment
Keep reading

September 20, 2011
Linda, at Linda's El Salvador Blog , recently discovered pupusas named for Barack Obama, as she tells in this story: This afternoon, as we sat in a large circle a question was placed before Bishop Gomez : "What is your favorite kind of pupusa?" The Bishop side-stepped the answer for a while, and told a couple of pupusa stories. The pupusa is an indigenous food; the best ones puff up as they are cooked; one place has a pupusa loca (which I believe has a little bit of everything in it). The question was asked again. This time the response involved President Obama. Did we remember when President Obama visited El Salvador? Weeks before he came, the Bishop said, "resourceful vendors prepared a special pupusa and began calling it the Pupusa Obama." Why was it called the Pupusa Obama? It was made with black corn. We laughed in disbelief, but the Bishop assured us that this was true. We laughed some more and asked the Bishop again...did he have a favorite kind of
1 comment
Keep reading

September 19, 2011
Mauricio Funes is moving forward with plans to make it possible for Salvadorans outside of the country to vote beginning with the 2014 presidential elections. He first announced his intentions in June. Americas Quarterly describes Funes most recent declarations on the importance of absentee voting: President Mauricio Funes yesterday announced his support for changes to El Salvador’s electoral laws that would allow Salvadorans living abroad to vote in national elections. At an event in celebration of El Salvador’s national Independence Day, Funes emphasized: "I do not exaggerate when I say that the institutionalization of absentee voting is a historical necessity... we are not a true democracy until the one-third of Salvadorans living outside the country have a voice in our elections.” According to Funes, his government has requested technical advice from the United Nations and will strive to make all necessary changes before national elections in 2014. One component of th
1 comment
Keep reading 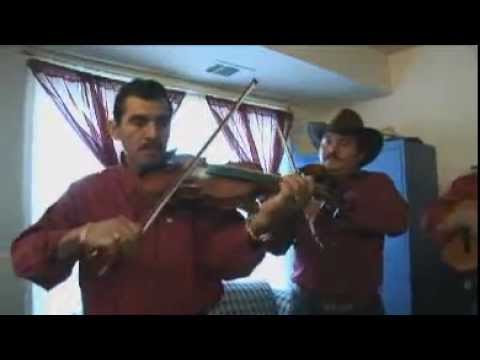 Chanchona music, a style local to eastern El Salvador, is a spirited folk music played with violins and an upright bass. PRI's The World recently introduced listeners to chanchona music with a story about the group Los Hermanos Lovo  who play the folk music. It is a music for joy and partying they say: : Chanchona music comes from eastern El Salvador, from the three, largely rural departments of Morazan, La Union, and San Miguel. The name “chanchona” literally means “sow,” – it’s a nickname for the heavyset upright bass that anchors chanchona groups. Many groups, Los Hermanos Lovo included, are made up of extended family, and the music is passed down from parents, aunts, and uncles.  The music’s roots probably stretch back to the early 20th century. In the ‘50s and ’60s, radio spread Colombia’s infectious cumbia music throughout Latin America. Chanchona music picked up cumbia’s distinctive, two-step rhythm.  That chanchona music kept its joy through the 1980s and 90s in E
1 comment
Keep reading 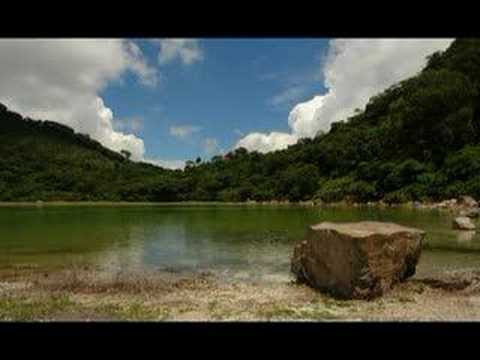 Here's a video with some catchy music and wonderful views of the beauty of El Salvador to make your day.
1 comment
Keep reading

September 16, 2011
Yesterday, as El Salvador celebrated its Independence Day, the US government added El Salvador and Belize to its list of major drug producing or drug-transit countries. From the US State Department press release : Under the Foreign Relations Authorization Act (FAA), the President is required each year to notify Congress of those countries he determines to be major illicit drug-producing countries or major drug-transit countries that “significantly affect the United States.” A country’s presence on the list does not necessarily reflect its counternarcotics efforts or its level of cooperation on illegal drug control with the United States. The designation can reflect a combination of geographic, commercial, and economic factors that allow drugs to be produced and/or trafficked through a country.... This year the President has identified 22 countries as major drug-producing or drug-transit countries: Afghanistan, the Bahamas, Belize, Bolivia, Burma, Colombia, Costa Rica, Dominican Re
Post a Comment
Keep reading

September 15, 2011
Today, September 15, is Independence Day in El Salvador.    El Salvador and other Central American countries celebrate the 190 years since their independence from Spain in 1821. To honor this day, here is El Salvador's National Anthem in this video : An English language translation is available here .
2 comments
Keep reading

September 12, 2011
Recent opinion poll results were published on the Periódico News Millenium  website. Some highlights: President Mauricio Funes has a 65% approval rating.   While it's still a strong rating, it does show ongoing slippage from the early days of his administration.  Party preferences for the 2012 elections of mayors and the National Assembly show right wing ARENA and left wing FMLN each polling between 25 and 30%. No other party shows particular strength and most people are undecided. This has been the pattern in most recent elections. Salvadorans are equally divided on what to do with the case of the murder of the Jesuits . 43% say the case should be reopened and 41% say no.
Post a Comment
Keep reading

Some insights on gangs

September 04, 2011
Jen at El Salvador from the Inside has a recent post titled  An Unexpected Lesson on Gangs  where she describes a conversation about current gang culture in El Salvador.   Here's an excerpt: Speaking of which, Damon mentioned that the pub we were sitting in, and pretty much “all” of them along this strip behind the Hotel Intercontinental, pay “rent” to the gangs. Except for one guy, he says. The guy who owns BILLY’S (pseudonym) doesn’t play around. He even hires local police to work for him as ‘vigilantes’ (private security guards), even though the practice is prohibited. He pays them well and no one stops him. We talked about how gangs are becoming more sophisticated now. Damon says “You know what my profile is of a gang member, Now? It’s a kid with those tight (emo) style pants and spikey hair. He doesn’t have any tattoos, and you can’t tell he’s a gang member.” Here in this bar, that guy over there could be a gang member, or maybe he is” said Damon, gesturing to p
Post a Comment
Keep reading 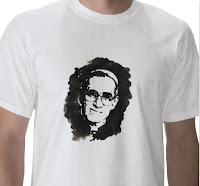 Our friend Polycarpio at the Super Martyrio blog has a post looking at the pervasiveness of the image of Oscar Romero in popular culture: According to a front page story in a Salvadoran newspaper, T-shirts bearing the likeness of Archbishop Romero are second only to those with the emblems of the most popular soccer teams in terms of sales in El Salvador, and the reporters were able to visit six factories churning out Romero tees for the local markets. LA PÁGINA, August 29, 2011 . The article cited a merchant in a downtown market who said that, “The image of Archbishop Romero is imposing. It is rare these days to find a Christmas crèche that does not include his figurine. The people demand it.” The story quoted an economist as saying that at least a thousand Salvadorans earn their living from working at NGO’s bearing Romero’s name. Read more here  as well as much more about Romero by Polycarpio.
Post a Comment
Keep reading
More posts