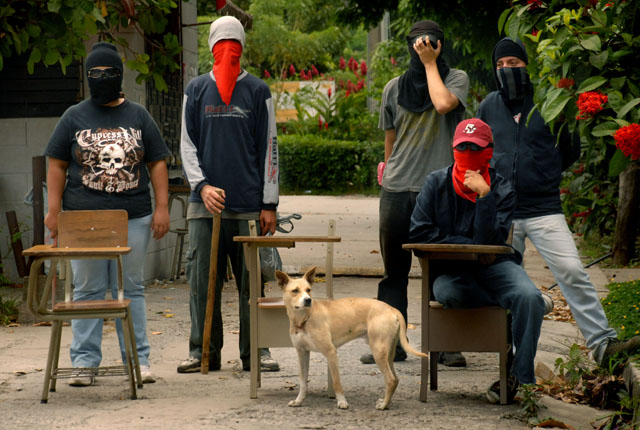 Since March 4, masked protesters have controlled the grounds of the University of El Salvador, shutting down the country's largest public university. The protesters are youth who were not admitted following the last entrance exams. The entrance exams were taken by some 23,000 students and 9500 were admitted to study at the UES. Those who are mot admitted often have few financial resources and very likely cannot afford the higher cost privately run universities in the country.

The Rector of the University, Rufino Quezada, has been vocal in criticizing the police in being unwilling to retake the university. Quezada announced a plan to resume some classes away from the campus after a round of negotiations with the protesters was not fruitful.

El Faro has a photogallery of the takeover of the UES here.

Anonymous said…
I have posted new articles on El Salvador at my blog, http://dianabarahona.blogspot.com/